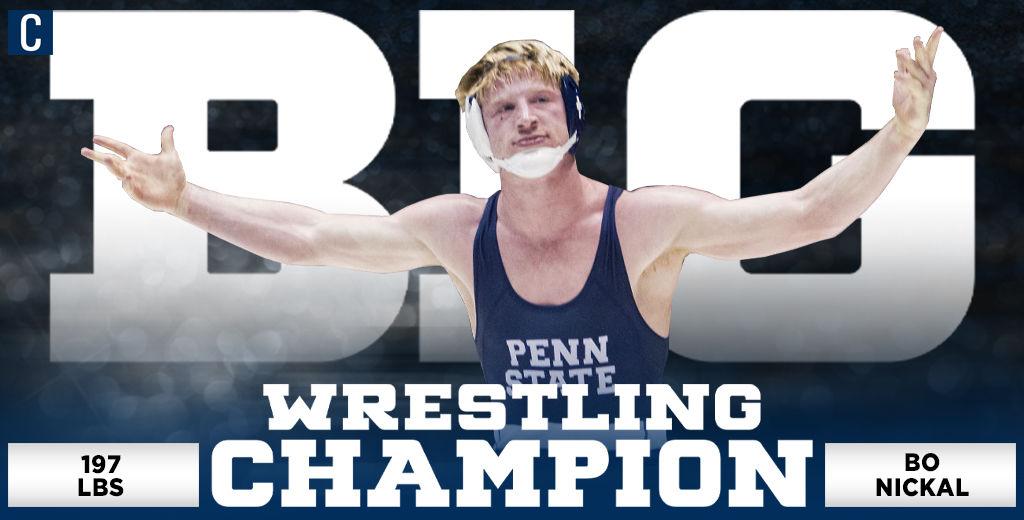 The three-time All-American took on defending 197 pound champion Kollin Moore of Ohio State and Nickal once again had Moore's number, beating him by 10-3 decision.

Nickal pinned Moore in the first period earlier this year when Penn State traveled to Columbus to take on the Buckeyes and the Big Ten rematch furthered the notion that regardless of weight class, Nickal is one of the nation's top wrestlers.